So there were two different ways to link

Thanks for playing and stayed tuned for Round 2 of Six Degrees of Separation (Korean Drama Style)!

The documentary, Old Partner (워낭 소리) tells the story of Choi Won-kyun (최 원균), an 80 year-old farmer living in the small village of  Hanul-ri in Sangun-myeon, Bonghwa-gun, Gyeongsangbuk-do, his wife, Lee Sam-soon (이삼순) and his 40 year-old ox.  When we first meet Mr. Choi and his wife, it is January 2007 and  they are heading to a local temple to pay their respects to the ox who has passed away.  The story then flashes back to April of 2005 and we learn that the ox has only about one more year to live.  While Mr. Choi worries about what will happen once he loses his trusted companion, his wife complains bitterly about her lot in life and all the hardships that she has suffered. She is also worried for the future, as she is concerned about what will happen to her when her husband dies.   As the documentary progresses, we see that love that Mr. Choi has for his ox goes beyond the normal level of caring a farmer typically has for his farm animal.  Instead, the ox is considered  a full fledged member of the family and when it is suggested that Mr. Choi sell it and retire from farming, he won’t entertain the idea.  As the end draws near, the ox performs one last act of love for his family by living long enough to gather all the wood that the old couple will need in order to survive the coming winter.

I found this documentary to be very moving. The insight into what life in rural Korea to be fascinating. Before watching this, I had always envisioned life in the Korean countryside to be just as technologically advanced as the major metropolitan areas. Imagine my surprise to find that there were still farmers plowing their fields using oxen as well as planting and harvesting their crops by hand.  The relations that Mr. Choi had with his ox was very touching.  It highlighted for me just how dependent his livelihood was on the ox.  The love and care shown by Mr. Choi was reciprocated by how hard the ox worked for him  in the fields and rice paddies.  Although she complained bitterly about how the ox seemed to take first place in her husband’s affections, in her own way, Lee Sam-soon cares just as much for the ox as her husband.  I noticed this during several touching scenes,  first, when they are in the field and she is worried the ox isn’t getting enough to eat, when she gets up before dawn to make the food that is fed to the ox and lastly at the end, during the final moments of the ox’s life.  Overall, I really enjoyed this documentary and would highly recommend it to everyone.

Lets see how good you are!!

1) Using six moves or less, connect the actors via television or movie role

2) Do not use the internet to find the answers 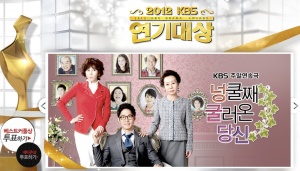 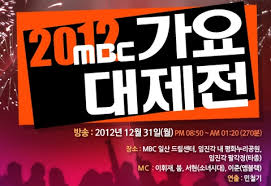 Soon I will be adding a section that has some bio information on popular actors and actresses.  Stay tuned!

Sweet Spy (달콤한 스파이) is  a romantic comedy set in the world of police officers and international spies.  It follows Lee Soon-ae (Nam Sang-mi 남 상 미) a recently widowed police officer with an over developed sense of justice, who crosses paths with  Han Yoo-il (Dennis Oh 데니스 오), an undercover agent, during a seemingly routine traffic stop. Yoo-il is in possession of stolen top-secret information disguised in the form of a ballpoint pen, which Soo-ae absent-mindedly walks away with.  As Yoo-il attempts to recover the pen, he finds himself falling for Soon-ae.  As for Soon-ae, she is drawn deeper into the world of international espionage after accepting Yoo-il’s invitation to work for him.   Meanwhile,  Kang Joon, (Lee Ju-hyun 이 주 현), the illegitimate son of a prominent politician and recently appointed head of the Criminal Investigations Division, re-opens the investigation into his former classmate’s (and Soon-ae’s husband) death.  Unbeknownst to him, this investigation will place him on a collision course with corrupt politicians and the world of international business.  As his feelings for Soon-ae develop, he is determined to solve the mystery of her husband’s death and figure out why Yoo-il  is so interested in Soon-ae, even ifit costs him his career.  As the story progresses, Soon-ae is torn between her feelings for Yoo-il and Kang Joon.  She also has to deal with the feelings that are dragged to the surface by the new investigation into her husband’s death.

To be honest, this drama was one of my least favorites so far.   I found it very difficult to get into the story (I was expecting more of a James Bond type of show). It had a weak plotline (the overall  premise was good, but the execution was terrible).   In my opinion, the development of the characters was weak and I found difficult to figure out what was going on and how all the characters fit into the plot.   One of the major turn offs for me was the Nam Sang-mi’s character.  I found her to be incredibly naive, to the point where it was annoying to watch.  She would get herself into situations that could have been avoided and I would find myself yelling at the screen constantly.  While I admired her sense of justice, her over zealousness when carrying out her duties (although comical to watch) became irritating to watch.  The worst for me, was the scene in the beginning where she was hanging out the window of a speeding car  that she attempted to pull over.  I also had alot of  trouble with Dennis Oh’s character.  The fact that he spoke in English the entire show really bothered me.  Maybe it was the fact that my brain had trouble switching between listening to Korean and then having to change gears and listening to English, or maybe it was the fact that the people he spoke to in English seemed to understand his perfect English, yet reply to him in Korean.  I found that for me, this broke the flow of the conversations and made it difficult to watch.  Over all, I found this show not very entertaining and I couldn’t finish the series (I watched through 14 episodes before I gave up).

And the Winner Is……

Sweet Spy with 50% of your votes.  Review to follow shortly!